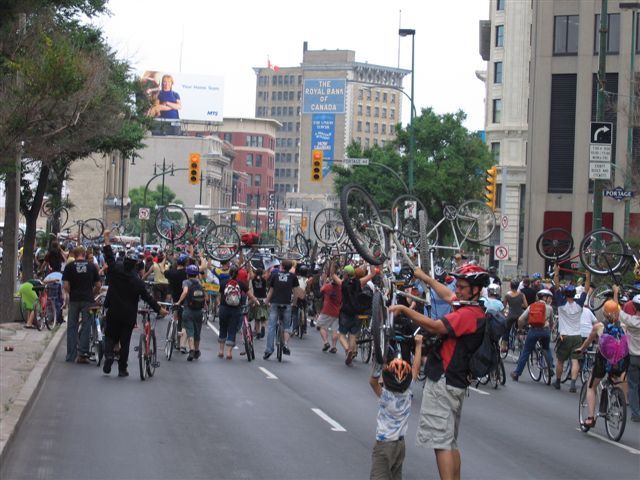 a year ago • Critical Mass

I wrote this in May 2007, a year after the May 2006 police riots where they unleashed violence on Critical Mass participants, which led to the formation of Bike to the Future (now Bike Winnipeg), Winnipeg’s first dedicated bike lane, and Winnipeg Copwatch, among other things. I meant to